by Mike Booyens August 07, 2018
Black cats are usually portrayed with its back arched, claws out, and occasionally wearing a jaunty pointed hat. Local news channels warn us to keep black cats inside on Halloween just in case the local hooligans decide to get up to some nasty hijinks.
But where did the fear of these beautiful animals come from? Anyone who lives with a cat knows how fortunate they are to have a cat in their life -- so why are they considered unlucky?

The ancient Egyptians honored cats of every color. Cats were mighty and strong, and held sacred. Two of the most amazing goddesses in the Egyptian pantheon were Bast and Sekhmet, worhsipped as long ago as 3000 b.c.e. Family cats were adorned with jewelry and fancy collars, and even had pierced ears. If a cat died, the entire family went into mourning, and sent the cat off to the next world with a great ceremony. For thousands of years, the cat held a position of divinity in Egypt.

Around the time of the Middle Ages, the cat became associated with witches and witchcraft. Around the late 1300's, a group of witches in France were accused of worshipping the Devil in the form of a cat. It may be because of the cat's nocturnal nature that it became connected to witches -- after all, night time was the time they held their meetings, as far as the church was concerned.

Around the time of World War Two, when the American tradition of Halloween as trick-or-treat time really got underway, cats became a big part of the holiday decoration. This time around, however, they were considered a good luck charm -- a black cat at your door would scare away any evil critters that might come a'calling.
Most people are far less superstitious today than they were in the Middle Ages, but the black cat remains part of our late October decor. 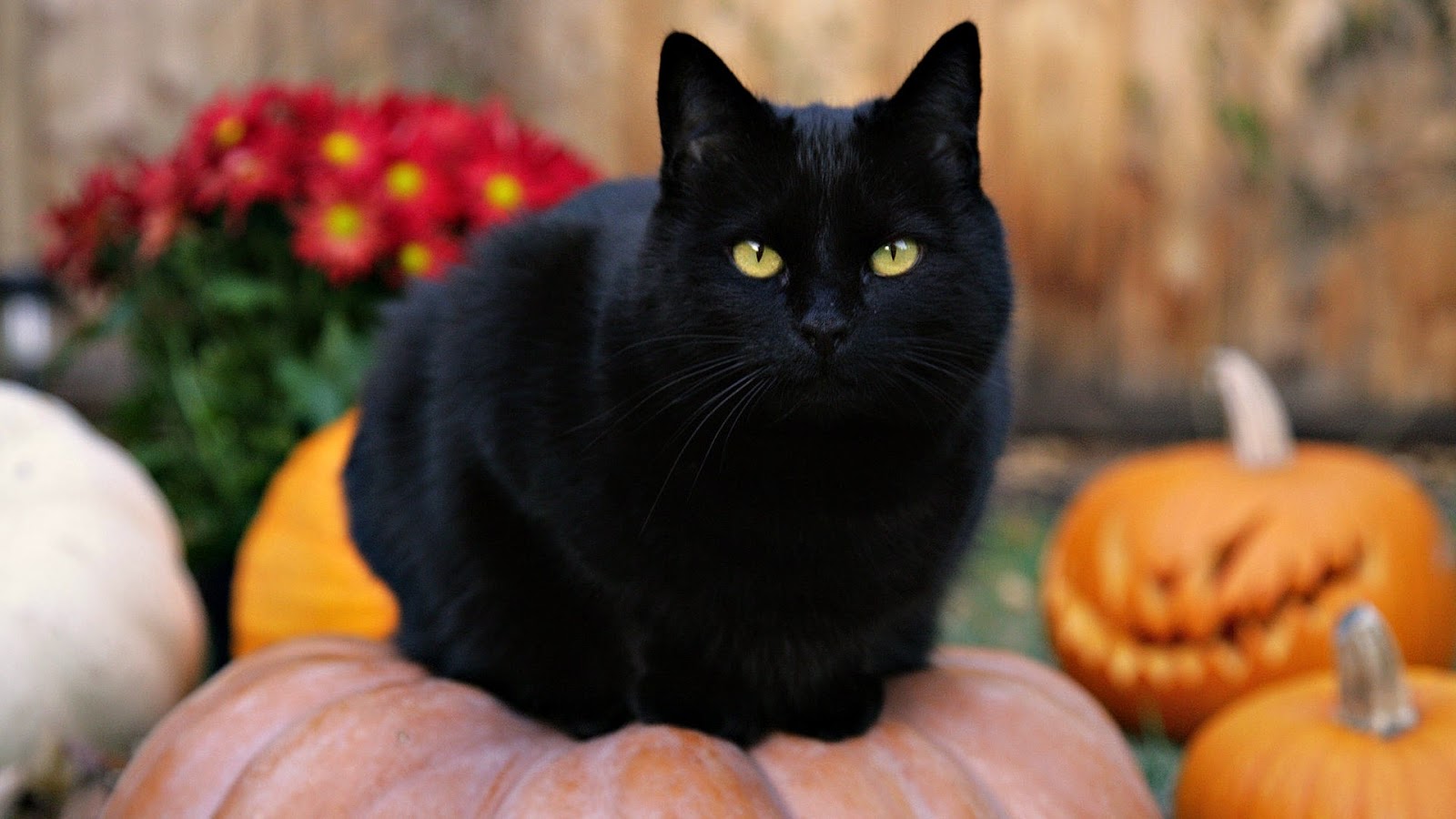